2020 Virtual Salute To Black Music: The Business Behind The Music 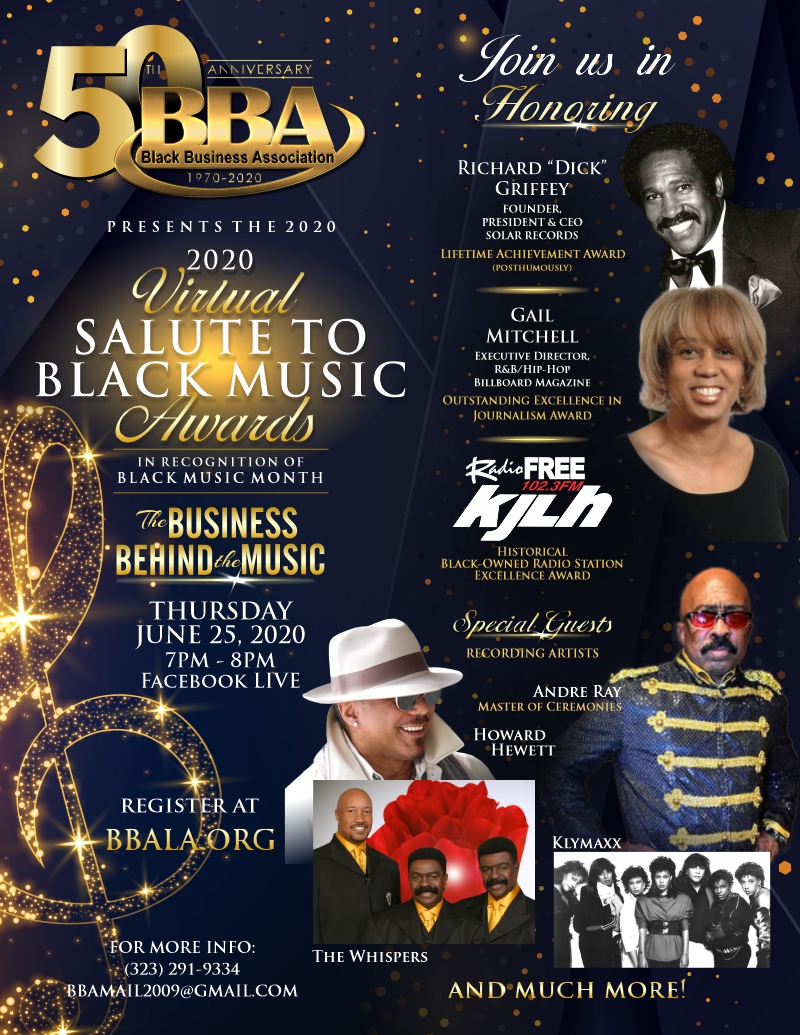 The Black Business Association's Virtual Salute to Black Music Awards "The Business Behind The Music" goes live at 7PM on Facebook LIVE.

The Black Business Association (BBA), the oldest ethnic business organization in the State of California, will commemorate Black History Month by presenting its Annual Virtual Salute To Black Music Awards on Thursday, June 25, 2020 at 7pm and Facebook Live.


African-American Music Appreciation Month is a commemoration that takes place annually in the United States, throughout the month of June. Originally proclaimed “Black Music Month” by President Jimmy Carter on June 7, 1979, U.S. presidents have issued proclamations for the celebration under that name until President Barack Obama announced the observance under a new title, African-American Music Appreciation Month.

IN RECOGNITION OF AFRICAN-AMERICAN MUSIC APPRECIATION MONTH, THE BBA CELEBRATES “THE BUSINESS BEHIND THE MUSIC.” Black music is a vital facet of American life and commerce, it touches all communities, and it demonstrates the enduring impact African Americans have worldwide. For this reason, we invite you to join us in honoring those who make black music happen, grow and thrive as a global brand.

In keeping with the Event Theme, “The Business behind the Music”, the (BBA) recognizes the honorees for their contributions in the advancement of African-Americans in the music Industry. Now, more than ever the (BBA) recognizes that in light of the current Black Lives Matter Movement; there is an even greater imperative, to acknowledge those that help to propel Black Lives into success. Among past Honorees are Berry Gordy, Smokey Robinson, Siedah Garrett, Janet Jackson, Clarence Avant, Valerie Ervin, and Jheryl Busby.

We look forward to connecting you June 25, 2020!
ONLINE REGISTRATION 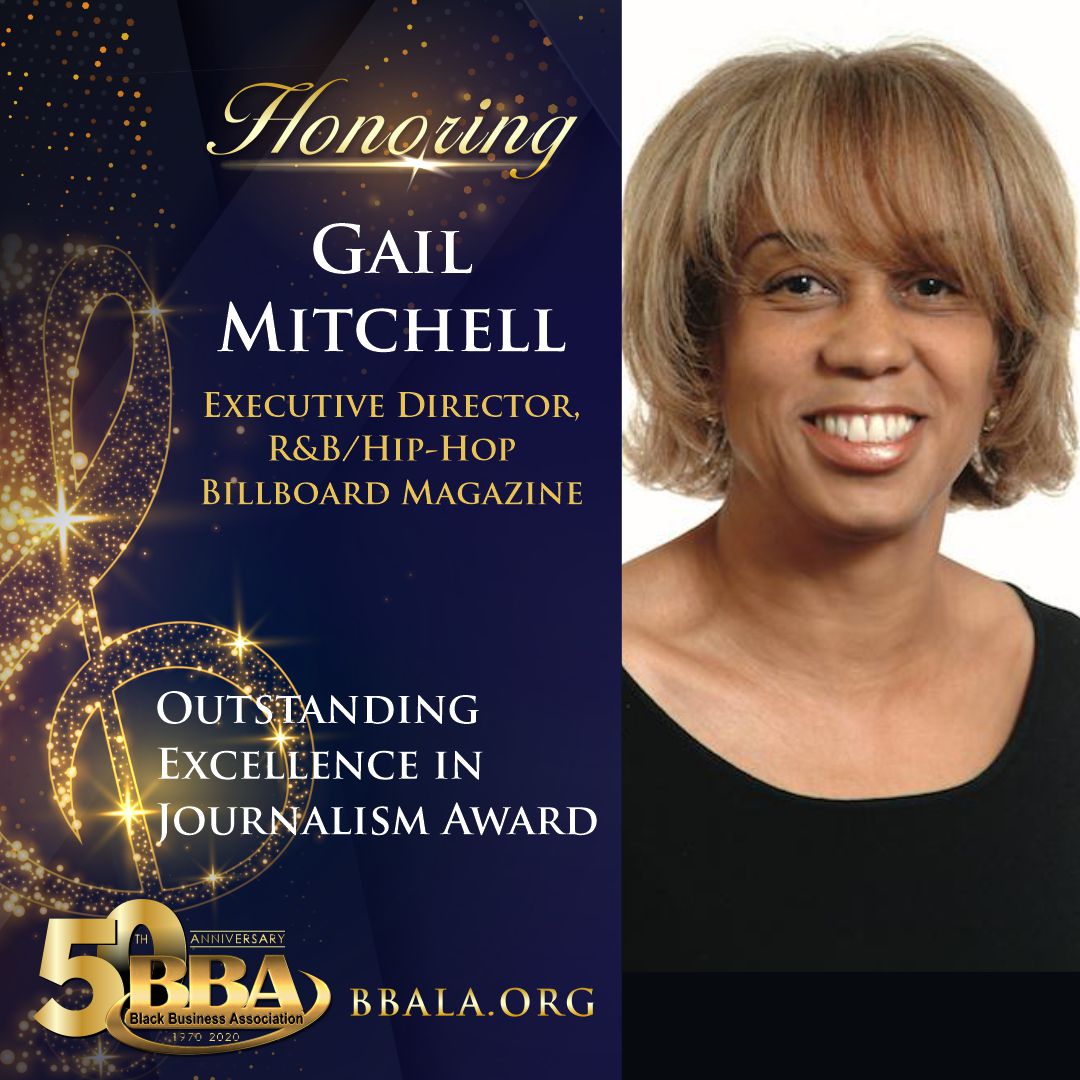 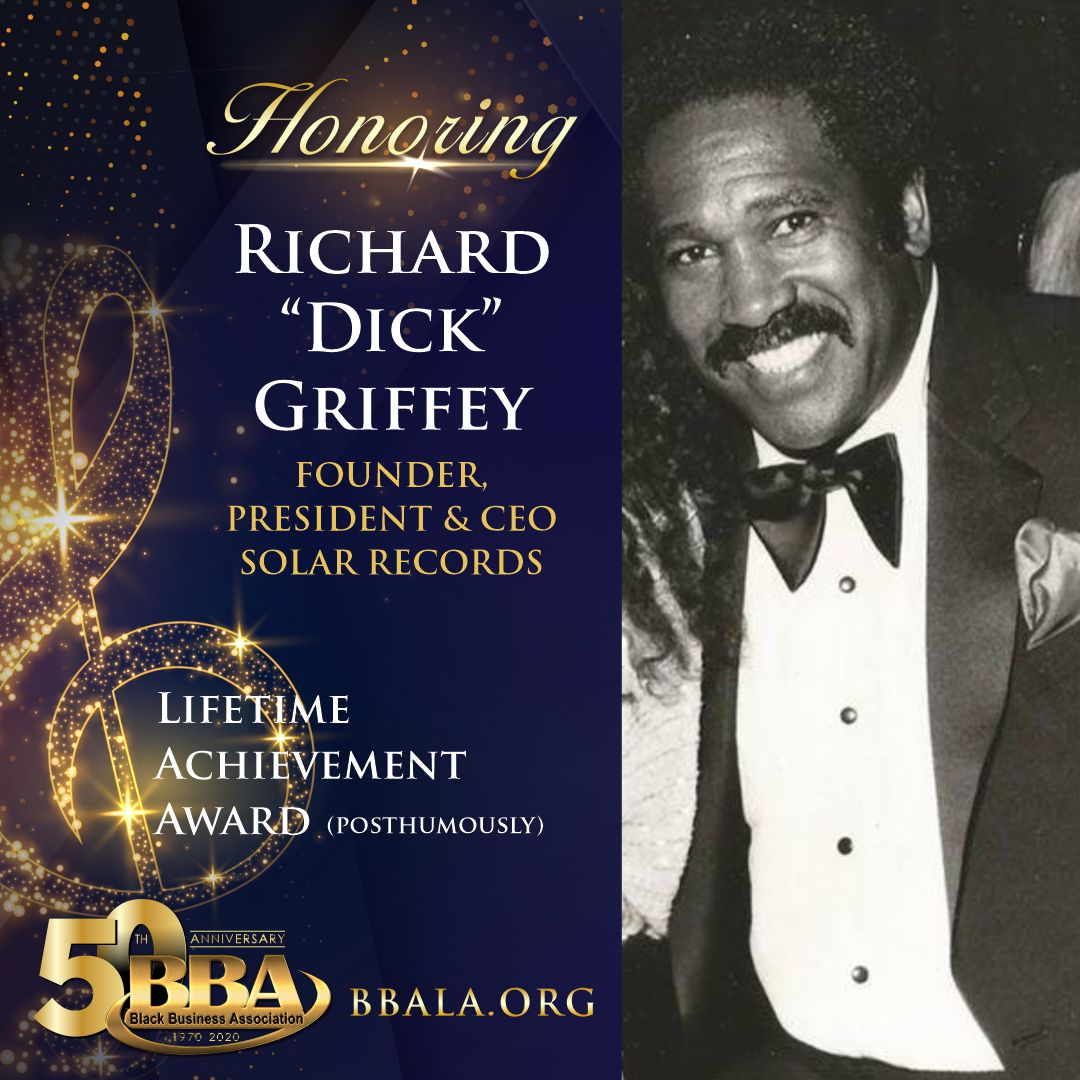 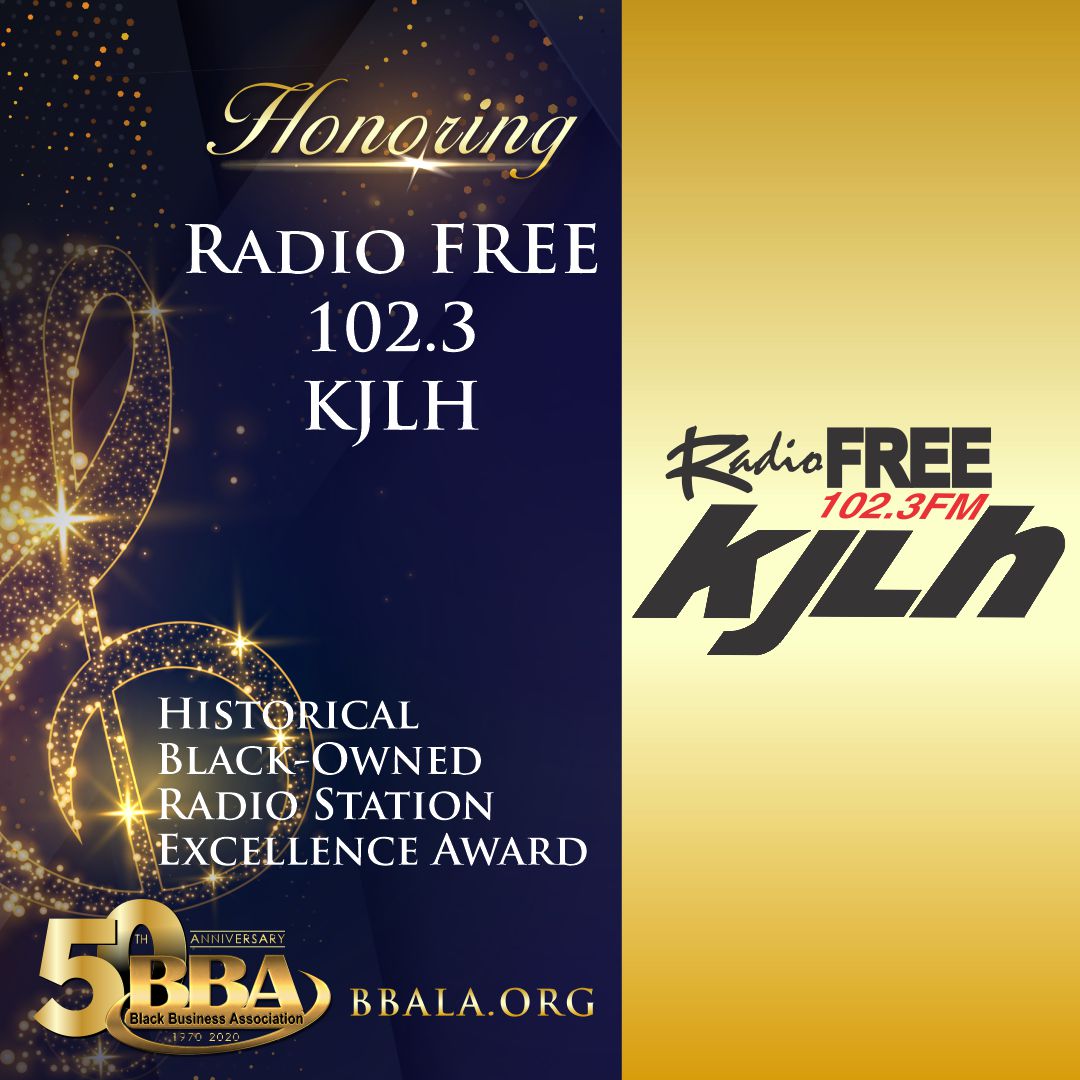 Thank you to our Sponsors

The BBA is grateful for the generous and continued support of all our sponsors and community partners.

View images from our past Annual Awards Dinners 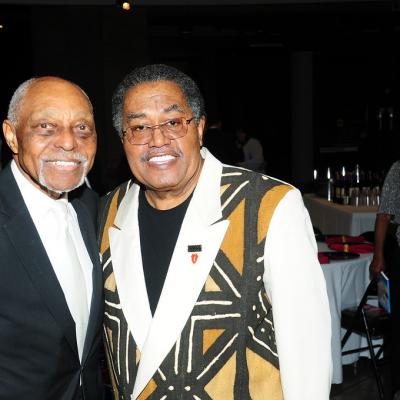 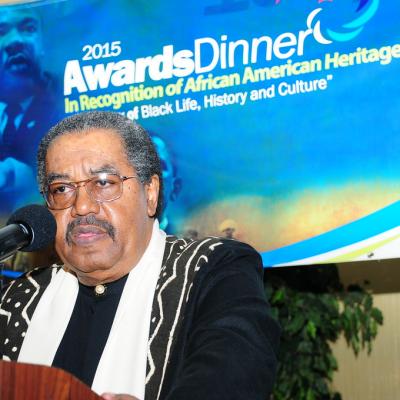